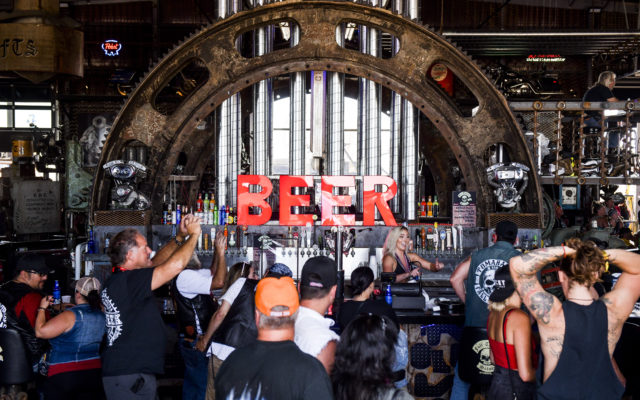 STURGIS, SD - AUGUST 09: People watch a concert at the Full Throttle Saloon during the 80th Annual Sturgis Motorcycle Rally in Sturgis, South Dakota on August 9, 2020. While the rally usually attracts around 500,000 people, officials estimate that more than 250,000 people may still show up to this year's festival despite the coronavirus pandemic. (Photo by Michael Ciaglo/Getty Images)

The number of COVID-19 cases traced back to South Dakota’s Sturgis Motorcycle Rally has risen to 103, health officials say.

Although “some” safety measures were taken, the thousands of people who attended the August 9th event weren’t required to wear masks, says Sturgis Public Information Officer Christina Steele. The cases traced to the rally have since turned up in at least eight states: South Dakota, Minnesota, Wisconsin, Nebraska, Montana, North Dakota, Wyoming and Washington.

Although the rally was originally supposed to feature performances by Smash Mouth, ZZ Top and Lynyrd Skynyrd, the latter two backed out over coronavirus concerns. After taking the stage, Smash Mouth frontman Steve Harwell told the crowd, “Now we’re all here together tonight. F*** that COVID sh**!”

Since no deaths were reported, is this any worse than 103 concertgoers coming home with colds? In a setting with thousands of people, are the odds of 103 of them catching something pretty high?