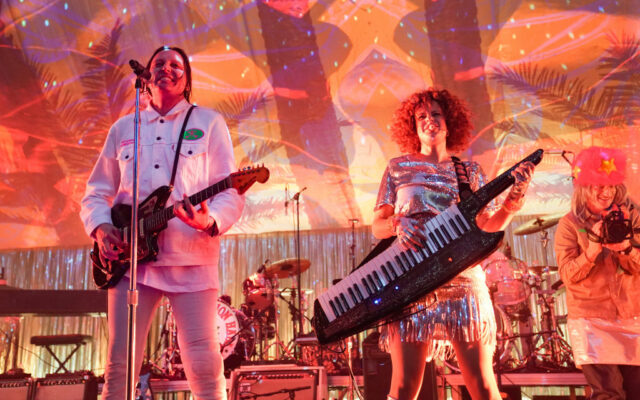 Arcade Fire have been teasing a return of late – and they’ll deliver later this week.

The Canadian indie rockers will drop “The Lightning I, II” – their first new original song in five years – on Thursday.

Our new song The Lightning I, II comes out on Thursday 2PM ET/11AM PT.
Pre-save: https://t.co/n7uhcMkTGr
Here’s the chords to make it a little easier to play.
WE really missed you⚡️
❤️
AF pic.twitter.com/m4IJ2hZ73t

Will we also get an announcement of a new album?  The band has been teasing a new record in the works since at least 2020.

What’s a band you haven’t heard from in a while that’s overdue for some new music?