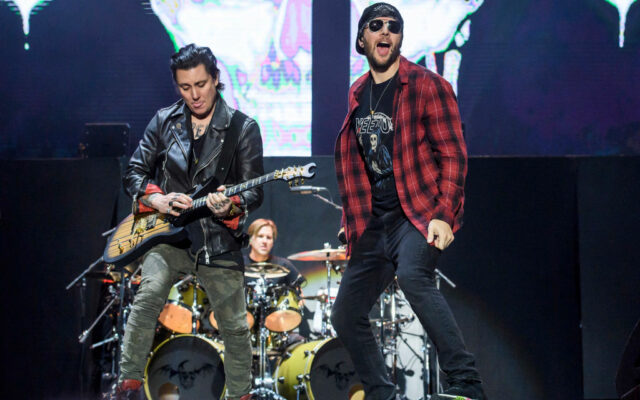 MADRID, SPAIN - JUNE 28: (EDITORS NOTE: Editorial use only) (L-R) Brian Elwin Haner aka Synyster Gates and Matthew Charles Sanders aka M. Shadows of the band Avenged Sevenfold perform on stage at the Download Festival on June 28, 2018 in Madrid, Spain. (Photo by Juan Aguado/Redferns)

Avenged Sevenfold’s members have officially confirmed that a new album will be released in 2023.

In a post on his Instagram in September, drummer Brooks Wackerman declared that the album was finished.

Teasers for the forthcoming album have been included in merchandise bundles that the band has been distributing to fans. A video uploaded by a fan showed a card with the band’s logo next to an hourglass with 2023 written on the back.

Do you think Avenged Sevenfold’s new album is worth the wait? What is your favorite album so far?