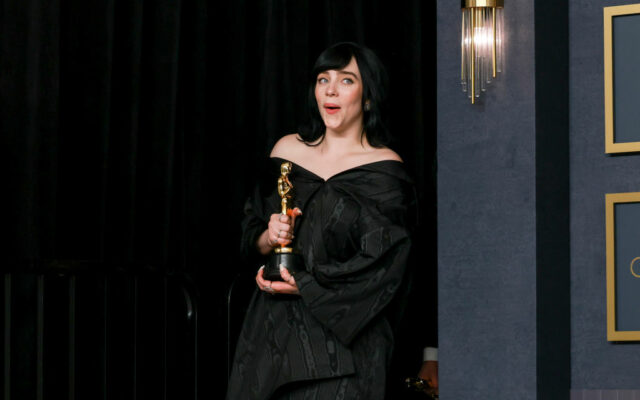 Billie Eilish spoke with Deadline after winning her Oscar for Best Original Song for “No Time To Die,” from the 007 movie of the same name.

Eilish said, “I’m super happy… I feel like I’m just coming into being aware of what is good and around me. When you’re that young, it’s hard to understand how big of a deal things are around you, how important things are.”

Billie is the second youngest person to win the Academy Award for Best Original Song. The first was Marketa Irglova, who won in 2008 four days before turning 20 for her song, “Falling Slowly” from Once.

“No Time To Die” is the first song from a Bond movie to win an Academy Award.

Did The Academy pick the right song for Best Original Song, or should it have gone to another nominee?