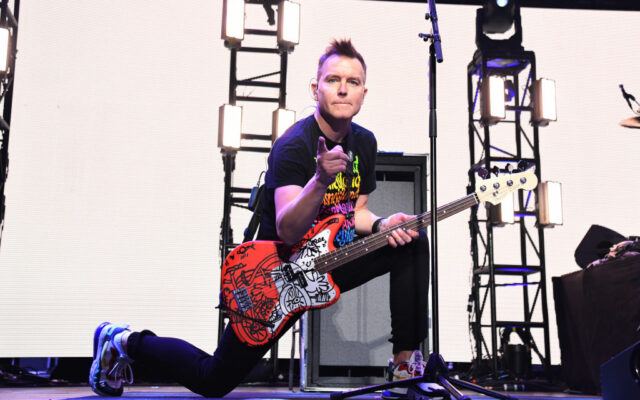 INGLEWOOD, CALIFORNIA - JANUARY 18: (FOR EDITORIAL USE ONLY) Mark Hoppus of blink-182 performs onstage at the 2020 iHeartRadio ALTer EGO at The Forum on January 18, 2020 in Inglewood, California. (Photo by Kevin Mazur/Getty Images for iHeartMedia)

It is possible that Blink-182 may release new music soon, or at the very least, make a special announcement.

The band deleted all of the posts from their official Instagram profile over the weekend. Additionally, the official Blink-182 website is now unavailable and displays an animated bunny tapping its foot above the slogan, “Hard At Work! Check Back Soon.”

NME reports that a number of random tweets from 2013 have also been liked by the band’s official Twitter account, which will no doubt delight fans even more.

Fans have also reported billboards with the band’s name emerging all over the world in recent days.

All of this mysterious and intriguing news was revealed after Mark Hoppus said that, following his cancer diagnosis, he had made amends with Tom DeLonge and Travis Barker.

What do you think all of the hints mean?