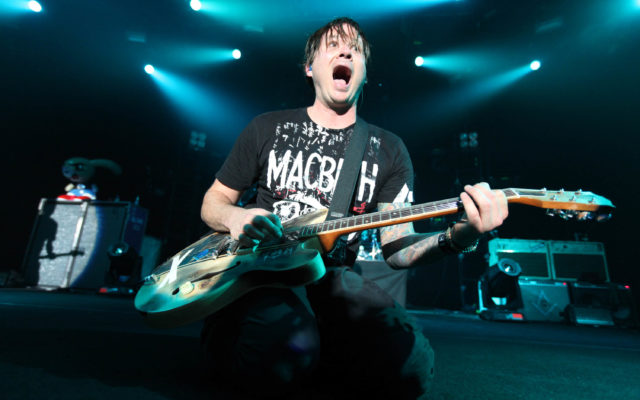 HOLLYWOOD - OCTOBER 10: Tom DeLonge of Blink-182 performs at T-Mobile Sidekick Presents the 2009 Blink-182 Tour at the Hollywood Palladium on October 10, 2009 in Hollywood, California. (Photo by Christopher Polk/Getty Images for T-Mobile)

Former Blink-182 singer/co-frontman Tom DeLonge has just signed on to make his directorial debut for the upcoming sci-fi film Monsters of California.

The sci-fi adventure is right up DeLonge’s alley with its main character exposing government secrets. DeLonge is a well known UFO enthusiast and fan of conspiracies.

Talking about his part in the film, DeLonge says, “I have been playing this story in my dreams for decades. It represents all aspects of my strange existence, including growing up in San Diego suburbia as a disaffected teenage skateboarder. I had a tight tribe of friends who never missed an opportunity to piss people off and made me laugh so hard I would cry. The camaraderie, curiosity, angst and irreverence is everything that lead me to

Blink-182 and this story is layered with my obsession with the tightly blurred lines between science and science fiction.”

Along with music, DeLonge had recently been named “UFO Researcher of the Year” and helped produce History Channel’s Unidentified: Inside America’s UFO Investigation.

Are you a fan of Tom DeLonge’s music? Are you also fascinated with UFOs?