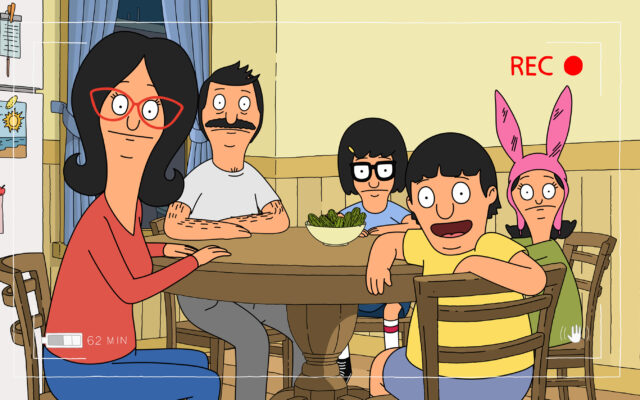 BOB'S BURGERS: Linda enlists the family to make a video for her parents' anniversary in the "Poops!... I Didnt Do It Again episode of BOBS BURGERS airing Sunday, May 3 (9:00-9:30 PM ET/PT) on FOX. (Photo by FOX via Getty Images)

We’re finally going to be getting a look at the upcoming ‘Bob’s Burgers Movie.’

A teaser will be shown during Monday night’s college football game between Alabama and Georgia.

While there is no word of what will be in the teaser, Fox has described the film’s synopsis with: “The story begins when a ruptured water main creates an enormous sinkhole right in front of Bob’s Burgers, blocking the entrance indefinitely and ruining the Belchers’ plans for a successful summer.”

‘The Bob’s Burgers Movie’ is expected in theaters on May 27.

Are you excited for a ‘Bob’s Burgers’ movie? Do you have any favorite episodes or characters from the movie?