Bring Me The Horizon Dropping Another Collab This Week 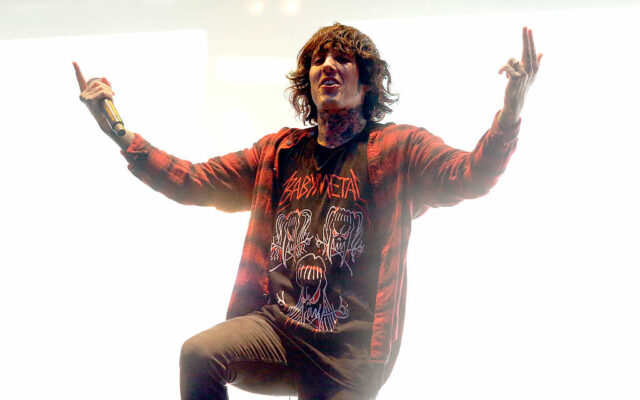 READING, ENGLAND - AUGUST 29: Oliver Sykes of Bring Me The Horizon performs on day 2 of the Reading Festival at Richfield Avenue on August 29, 2015 in Reading, England. (Photo by Chiaki Nozu/Getty Images)

Last week, Bring Me The Horizon collaborated with Machine Gun Kelly for a song on his Mainstream Sellout album.

Now, Bring Me The Horizon has a new track coming out on Friday with Masked Wolf.

Bring Me The Horizon, who recently worked with Ed Sheeran, spoke about the collaboration recently.

Oli Sykes said, “It was really fun to do the cover and it worked a lot better than what we thought. You never know when people say that they’re a big fan whether it’s true. We’d heard through the grapevine that he was into us. We thought, Is he just saying that?’ But when we met him we could feel that his enthusiasm was real.”

What has been your favorite collaboration from Bring Me The Horizon so far?