Can Your Smartphone Tell When You Are Drunk? 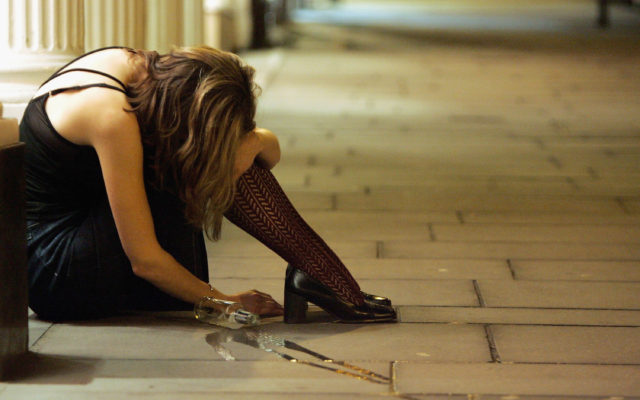 BRISTOL, ENGLAND - FEBRUARY 5: A woman drinker slumps on the pavement February 5 2005, Bristol, England. This weekend was the last one before pubs and clubs can apply for extended licences. From February 7, venues can begin applying for 24-hour licences, however, the licences will not become effective until the Government puts an order before Parliament in November. Critics fear this will lead to increased binge-drinking, crime, disorder and city centres becoming no-go areas. (Photo by Matt Cardy/Getty Images)

Your smartphone might know when you have had a few too many adult beverages.

How? The device can measure changes in how you walk.

Researchers at the University of Pittsburgh did a study using people who had been drinking and a smart phone’s accelerometer. During walking tests, the researchers used the phone’s data to determine differences in gait when someone’s blood-alcohol level was over .08 percent. The results were 90 percent accurate.

The phone’s sensors could help alert sponsors of people seeking treatment for alcohol addiction, prevent drunk driving, or simply let people know when they have had enough to drink. More studies are coming.

Would you let your phone tell you or someone else when you’ve had too much to drink?