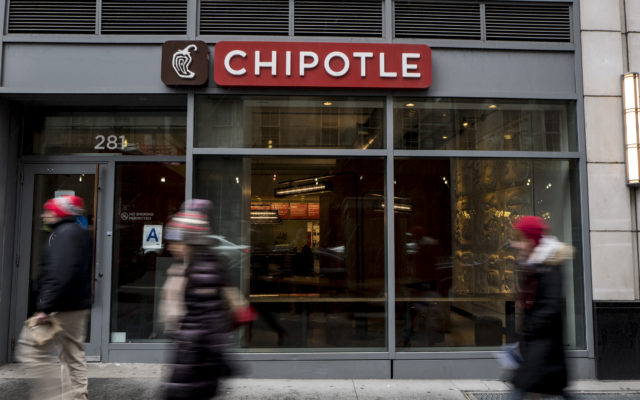 NEW YORK, NEW YORK -- FEBRUARY 8: People walk past a Chipotle restaurant on Broadway in Lower Manhattan on February 8, 2016 in New York City. The Mexican food chain is closing stores for lunch nationwide for a meeting on food safety following a number of E. coli outbreaks. (Photo by Andrew Renneisen/Getty Images)

Chipotle are once again stepping into the world of plant-based foods.

The chain is now testing out plant-based chorizo, which will be certified vegan and contain 20 grams of protein.

To give people more of a reason to try it out, Chipotle will be offering free delivery of the Plant-Based Chorizo now through August 29 on the Chipotle app or site.

The chain first attempt at plant-based proteins happened when they debuted their Sofritas in 2014.

Would you try the Plant-Based Chorizo at Chipotle? Do you eat many plant-based foods? What do you normally order from Chipotle?