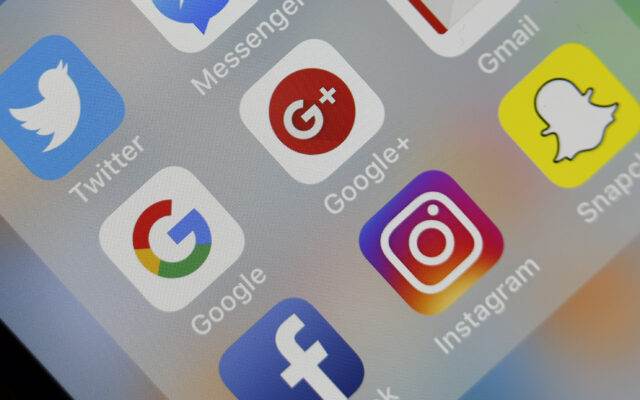 PARIS, FRANCE - OCTOBER 08: In this photo illustration, the social medias applications logos, Twitter, Google, Google+, Gmail, Facebook, Instagram and Snapchat are displayed on the screen of an Apple iPhone on October 08, 2018 in Paris, France. Google has decided to close its Google+ social network after discovering a security vulnerability that has affected the data of at least 500,000 users. (Photo Illustration by Chesnot/Getty Images)

Smartphone users spent a record $133 billion on apps and games in 2021, according to a new report.

That’s a nearly 20 percent increase over 2020 – despite first-time app installs only ticking up by half a percentage point.

How much did you spend on apps and games in 2021?  Has the pandemic made us all spend even more time on our phones?