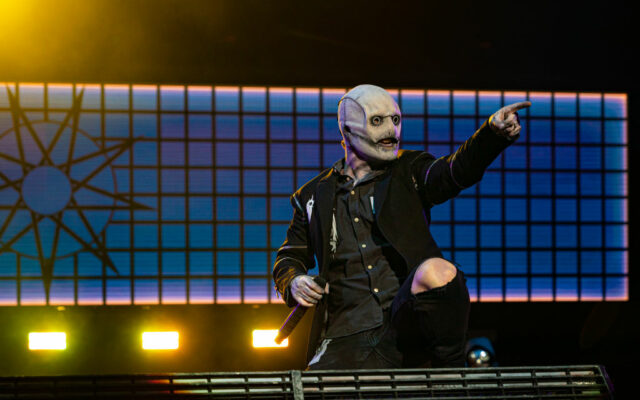 TURKU, FINLAND - AUGUST 13: Corey Taylor of Slipknot performs on stage during the Knotfest at Artukainen Event Park on August 13, 2022 in Turku, Finland. (Photo by Venla Shalin/Redferns)

Slipknot’s new album THE END, SO FAR drew inspiration from some unexpected sources.

Frontman Corey Taylor name-dropped three bands that influenced the record during a Reddit AMA: The Cure, Death, and Prodigy.

Taylor also cited both Type O Negative and Tom Waits as influences in a separate interview.

THE END, SO FAR was released last week.

Can you pick out how each of these bands influenced the album?  What are some metal bands that are highly influential, even if they never had much commercial success?