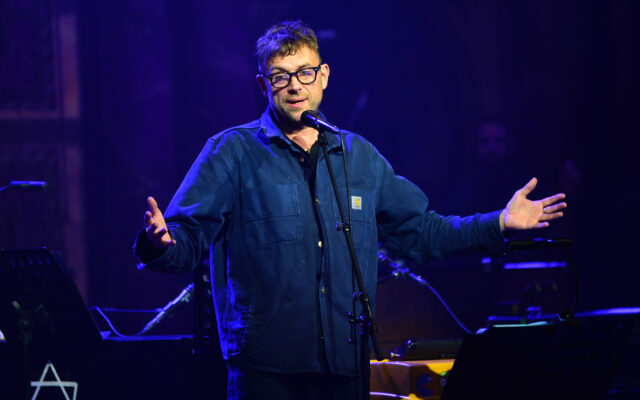 Damon Albarn has apologized to Taylor Swift for saying in an interview with The Los Angeles Times that she “doesn’t write her own songs.”

That upset Taylor Swift and she responded to the interview by tweeting,  “I write ALL of my own songs, your hot take is completely false and SO damaging. You don’t have to like my songs but it’s really f—ed up to try and discredit my writing. WOW.”

I totally agree with you. i had a conversation about songwriting and sadly it was reduced to clickbait. I apologise unreservedly and unconditionally. The last thing I would want to do is discredit your songwriting. I hope you understand. – Damon

“I totally agree with you,” Albarn tweeted in response. “I had a conversation about songwriting and sadly it was reduced to clickbait. I apologize unreservedly and unconditionally. The last thing I would want to do is discredit your songwriting. I hope you understand.”

In the interview, he implied that modern artists relied on, “the sound and the attitude” of their music to make it popular, when writer Mikal Wood suggested that Swift didn’t fit that narrative, calling her an “excellent songwriter,” Albarn stated that she “doesn’t write her own songs,” when Wood insisted she did, sometimes with a co-writer, Albarn stated, “that doesn’t count.”

#Swifties and music fans, alike came to her defense.

“There are going to be people along the way who will try to undercut your success or take credit for your accomplishments or your fame”. This right here 👏🏼 SAY IT LOUDER. We are so proud of you @taylorswift13 pic.twitter.com/UIyEjKlgi7

And for all you doubters, I remind you of this grand era! #SpeakNow! Taylor wrote EVERY SINGLE SONG by herself. No co-writers. https://t.co/siVozlmR7n