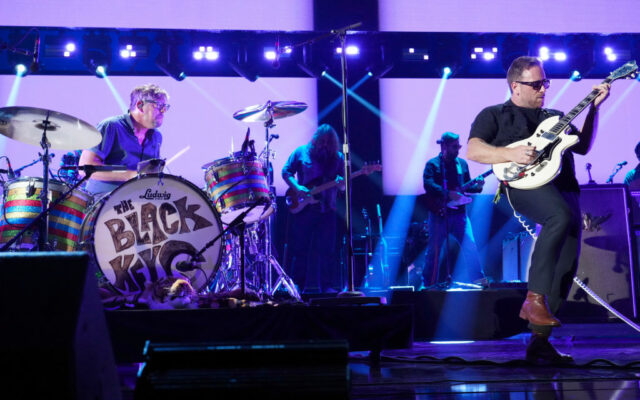 LAS VEGAS, NEVADA - SEPTEMBER 23: (FOR EDITORIAL USE ONLY) (L-R) Patrick Carney and Dan Auerbach of The Black Keys perform onstage during the 2022 iHeartRadio Music Festival at T-Mobile Arena on September 23, 2022 in Las Vegas, Nevada. (Photo by Jeff Kravitz/Getty Images for iHeartRadio)

The Black Keys are still cranking out records after 20 years – and Dan Auerbach doesn’t expect that to change anytime soon.

In an interview with the Arizona Republic, the singer and guitarist said he and bandmate Patrick Carney are “totally addicted to recording, even now”.

He said “we get such a high off getting in there and creating something out of nothing, pulling songs out of thin air. It’s like this magic trick we learned to do when we were 16 and we never stopped.”

The band’s most recent album, Dropout Boogie, came out in May and is their third studio album since 2019.

What bands do you own every single record by?