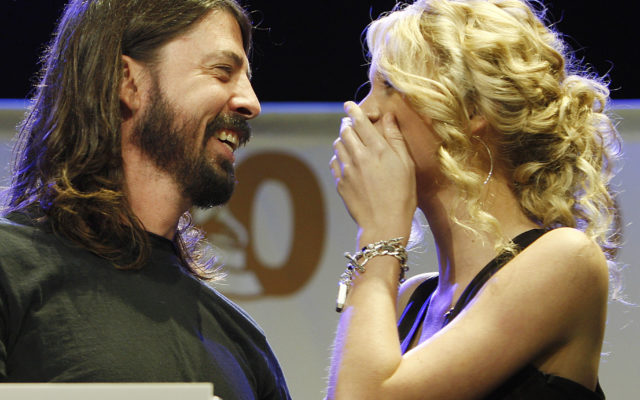 Country singer Taylor Swift (R) is nominated in the Best New Artist category as presenter Dave Grohl of the Foo Fighters look on, for the 50th Annual Grammy Awards nominations, 06 December 2007, at the Music Box Theater in Hollywood, California. The Grammy Awards will be held at the Staples Center in Los Angeles on 10 February 2008. AFP PHOTO/ROBYN BECK (Photo credit should read ROBYN BECK/AFP via Getty Images)

Turns out, Dave Grohl is a huge supporter of Taylor Swift re-recording her albums.

In a new interview with Rolling Stone, Grohl said that he was “deeply impressed” by her re-recordings and “Like, f*ck yeah, girl. Hell hath no fury.”

Grohl also said that he wanted to do the same thing with the first Foo Fighters album that he recorded on his own, but with the current lineup.

Grohl shared, “Everyone was like, ‘No f*cking way, dude. People will wipe their asses with that.’”

Do you think more artists and bands will be re-recording their music? Should Foo Fighters re-record their first album or let it be?