Details Are Out About ‘The Simpsons’ Halloween Special 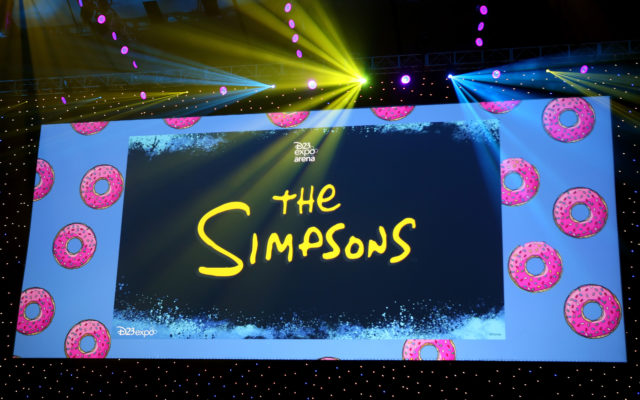 ANAHEIM, CALIFORNIA - AUGUST 24: A view of the screen at The Simpsons! panel during the 2019 D23 Expo at Anaheim Convention Center on August 24, 2019 in Anaheim, California. (Photo by Angela Papuga/Getty Images)

This year, The Simpsons Halloween Special will be chock full of parodies.

Look for the cartoon series to parody Toy Story and Into the Spider-Verse on this year’s Treehouse of Horrors Special.

Images from the parodies have just been released and the special will go as far as animating the characters in the same style as the cartoon being parodied! How cool is that!

Treehouse of Horror XXXI will premiere on FOX on Sunday, October 18.

What’s been your favorite Treehouse of Horrors episode?