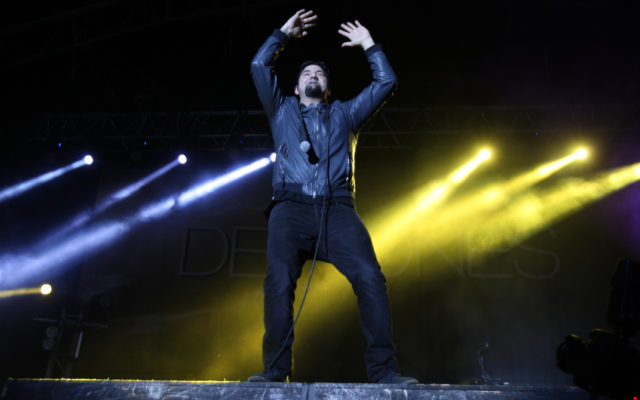 AUCKLAND, NEW ZEALAND - JANUARY 17: Chino Moreno of The Deftones performs live for fans during the 2014 Big Day Out Festival at Western Springs on January 17, 2014 in Auckland, New Zealand. (Photo by Jason Oxenham/Getty Images)

Loudwire thinks Deftones have sneakily announced the release date for their long-awaited next album, with the details being in the band’s URL.

Deftone’s latest Facebook image directs fans to the band’s website. When you’re on the site, you’ll see a white pixels join together to form a square, which may be the new album’s art.

But look up at the band’s URL; it reads “deftones.com/0925” Fans think “0925” means the albums coming September 25th. September 25th is on a Friday, the day of the week when new albums are released. Drummer Abe Cunningham recently said that the band hoped to release the album “sometime in September”, too.

Do you think the new Deftones album is coming September 25th?