Don’t Eat Licorice Until You Read This 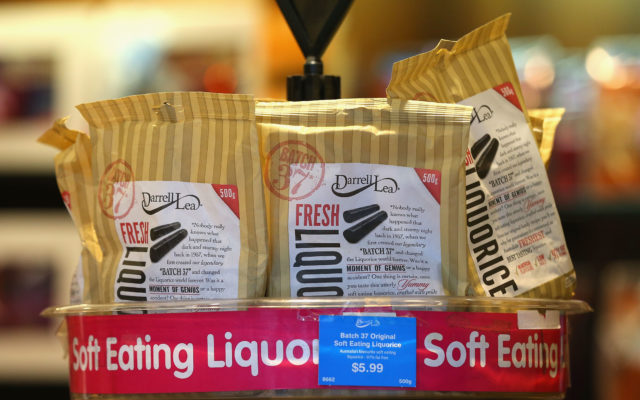 SYDNEY, AUSTRALIA - JULY 10: Liquorice is seen at the Darrell Lea city store on July 10, 2012 in Sydney, Australia. The iconic Australian confectionery company today announced it has been placed administration threatening the jobs of over 700 employees. (Photo by Ryan Pierse/Getty Images)

It turns out Mom was right — too much candy can kill you.

For proof, look no further than Massachusetts, where a 54-year-old construction worker has died after overdosing on black licorice, according to a study published in Wednesday’s issue of the New England Journal of Medicine.

The unidentified man ate nearly a bag and a half of licorice every day for several weeks, which led to his heart stopping, according to lead author Dr. Neel Butala. That’s because licorice contains glycyrrhizic acid, which can cause dangerously low potassium levels and electrolyte imbalances, per the study. “Even a small amount of licorice you eat can increase your blood pressure a little bit,” Butala says.

In fact, the Food and Drug Administration warns candy lovers that eating just two ounces of black licorice a day for two weeks could result in a heart rhythm problem — especially in people over 40.

Can pretty much anything kill you if you eat too much of it? Do you know anyone who actually likes black licorice?