Dwayne Johnson Wants To Be The Next James Bond 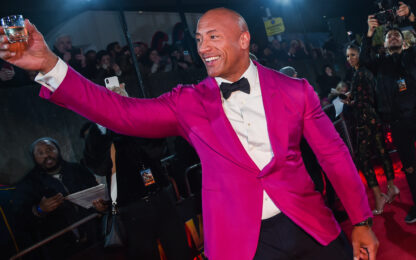 LONDON, ENGLAND - DECEMBER 05: Dwayne Johnson at the UK Premiere of JUMANJI: THE NEXT LEVEL at Odeon IMAX Waterloo on December 05, 2019 in London, England. (Photo by Eamonn M. McCormack/Getty Images for Sony)

The Rock wants to throw his name in the hat to be the next James Bond, and he’s got familial ties to the franchise!

He then said, “I would like to follow in his footsteps and be the next Bond. I don’t want to be a villain. Gotta be Bond.”