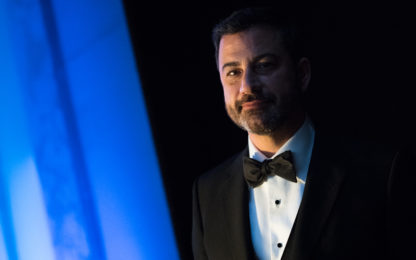 The show marked the second awards ceremony hosted by Jimmy Kimmel to hit a ratings low. He also hosted the 2018 “Academy Awards,” which also attracted fewer viewers than ever before.