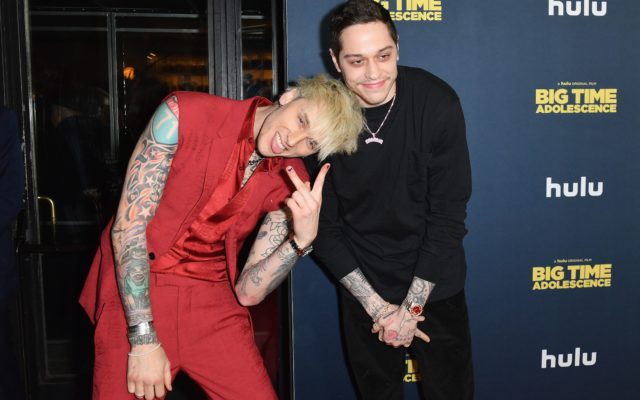 Pete Davidson was a guest on The Tonight Show Starring Jimmy Fallon on Wednesday (September 8th) to promote Saturday Night Live’s 9/11 special and he told the story of when Machine Gun Kelly totally failed during his appearance on the sketch comedy.

MGK appeared on SNL back in January and Davidson really wanted to do “something silly” at the end of the show but Davidson says “He bruised his coccyx that week. If you don’t know what a coccyx is, it’s the bone in your a**.”

MGK forgot he had the injury and tried to pick up Pete as the credit rolled and fell backward.

Davidson says the moment happened so slowly the pair was able to have a conversation, “It was such a slow fall we had time for him to go, ‘Oh no!’ And I went, ‘You’re a f**king moron,'”  Davidson laughed. “It was that slow. I got the whole line out.”

Have you ever fallen in public? Share your embarrassing moment.