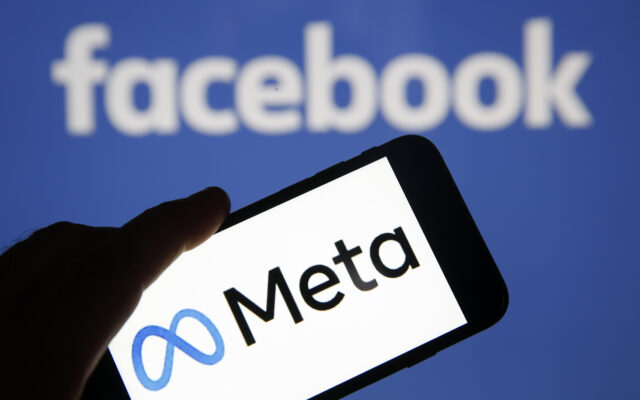 PARIS, FRANCE - OCTOBER 29: In this photo illustration, the Meta logo is displayed on the screen of an iPhone in front of a Facebook logo on October 29, 2021 in Paris, France. On October 28, during the Facebook Connect virtual conference, Mark Zuckerberg announced the name change of Facebook, believing that the term Facebook was too closely linked to that of the platform of the same name, launched in 2004. It is now official, the Facebook company changes its name and becomes Meta. (Photo illustration by Chesnot/Getty Images)

For the first time in history, Facebook is reporting a drop in its number of daily users. A big drop.

Officials with the social media site’s parent company, Meta, have revealed Facebook is down about 1 million active users. The news has caused Meta’s stock to fall more than 20 percent, according to Wall Street figures. In real dollars, that comes out to a loss of about $200 billion.

Among the Meta stockholders who are suffering from the decline is CEO Mark Zuckerberg, who owns more than 398 million shares in the company. The 20 percent drop has cost him $29 billion, according to the Daily Mail.

Have you been visiting Facebook less often than you used to? What’s the next big social media site?