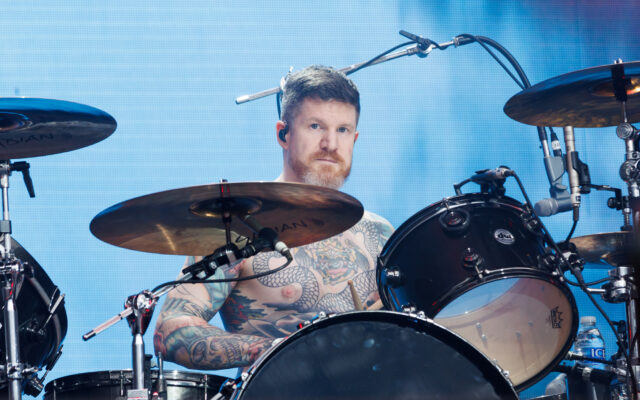 Congratulations to Fall Out Boy Andy Hurley, who just got engaged to longtime girlfriend Meredith Allen.

Hurley popped the question with a big, romantic gesture – arranging for Nashville’s Franklin Theater to put ‘Meredith, will you marry me??‘ on its marquee.

The couple has been together since 2016.  Meanwhile, Fall Out Boy teased some new music earlier this week.