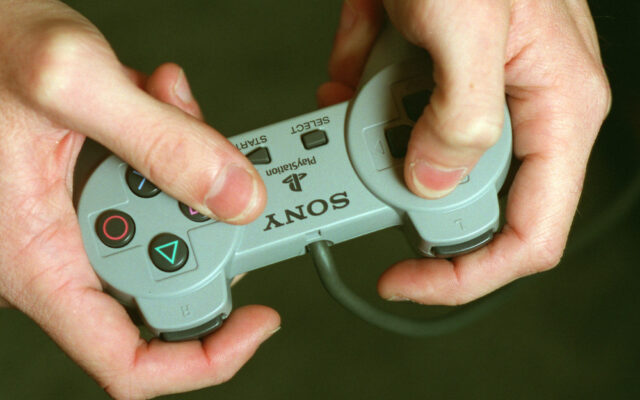 FI.Tester/Hands.RDL (kodak) A closeup of the hands of Aaron Lenz, lead product analyst for Virgin Interactive Entertainment with a Sony PlayStation control used to test the game Grandslam 97 at the Irvine facility. TIMES (Photo by Robert Lachman/Los Angeles Times via Getty Images)

27 years ago, on December 3, 1994, the first-ever PlayStation was released in Japan – and the rest is history as they say.

Kotaku.com wrote: “It’s hard to underscore the PlayStation’s impact. The graphics and sound were all cutting edge for their time. Compared to the cartridge-based games of Sony’s competitors, the PlayStation looked like the future.”

The new console was such a hit, it actually lured the Final Fantasy series away from Nintendo.

By 2005, Sony had shipped over 100 million PlayStation 1’s and of course, paved the way for the PlayStation 2, the best-selling console of all time.

Did you have a PlayStation 1? Do you remember your initial reaction to it?