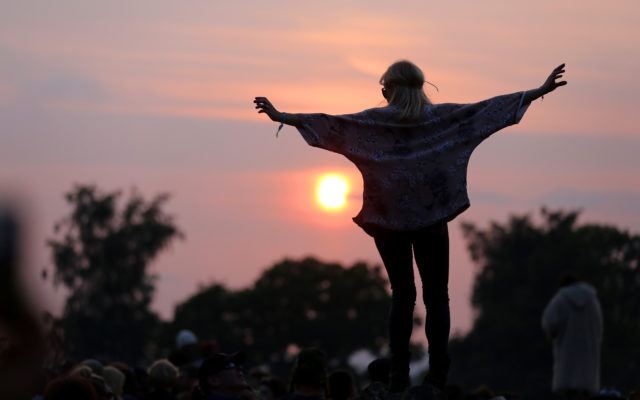 GLASTONBURY, ENGLAND - JUNE 26: A woman stands on a rock at the stone circle as people gather for sunset at the Glastonbury Festival of Contemporary Performing Arts site at Worthy Farm, Pilton on June 26, 2013 near Glastonbury, England. Gates opened on Wednesday at the Somerset diary farm that will be playing host to one of the largest music festivals in the world and this year features headline acts Artic Monkeys, Mumford and Sons and the Rolling Stones. Tickets to the event which is now in its 43rd year sold out in minutes and that was before any of the headline acts had been confirmed. The festival, which started in 1970 when several hundred hippies paid 1 GBP to watch Marc Bolan, now attracts more than 175,000 people over five days. (Photo by Matt Cardy/Getty Images)

Ireland will host what is being called the first socially distanced music festival.

The Unlocked Festival is set to take place across two weekends in August. The capacity will be between 500 and 1000 people.

There will be temperature checks upon entry, spaced apart bars and campsites, and plenty of sanitizing stations throughout.

The line up for Unlocked has not been released.

Would you go to a festival if these precautions were in place?