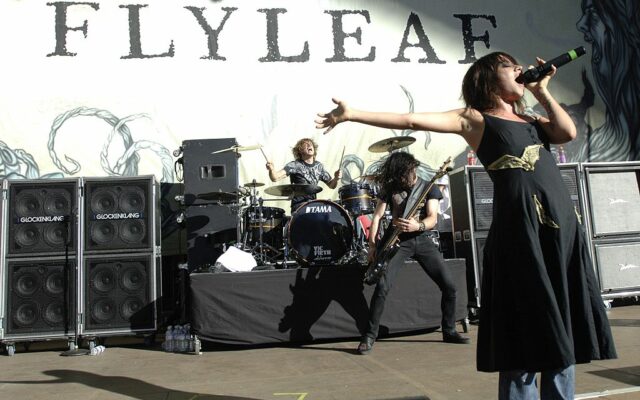 It looks like Flyleaf has reunited with original singer Lacey Sturm.

While there hasn’t been an official announcement, on Monday the band changed their online profile to “Flyleaf with Lacey Sturm”.

Sturm left the band in 2012 and was replaced by Kristen May, who handled lead vocals until the band went on hiatus in 2016.

Does this mean Flyleaf is planning a new album and tour?  What other bands would you like to see reunite with the original lineup?