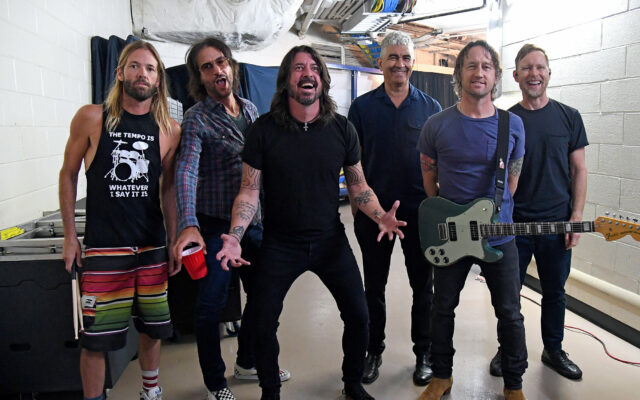 NEW YORK, NEW YORK - JUNE 20: (L-R) Taylor Hawkins, Rami Jaffee, Dave Grohl, Pat Smear, Chris Shiflett, and Nate Mendel pose backstage as The Foo Fighters reopen Madison Square Garden on June 20, 2021 in New York City. The concert, with all attendees vaccinated, is the first in a New York arena to be held at full-capacity since March 2020 when the pandemic lead to the closure of live performance venues. (Photo by Kevin Mazur/Getty Images for FF)

Foo Fighters are returning to ‘Austin City Limits’ this spring!

The PBS program announced on Tuesday that the band will make its return on April 27!

The Foos will be one of four artists hitting the show, along with Arlo Parks, Japanese Breakfast, and Cimefunk.

This will be the third ‘Austin City Limits’ appearance for Foo Fighters, who previously performed on the show in 2008 and 2014.

Do you watch shows like ‘Austin City Limits?’ Who would you like to see on the show?