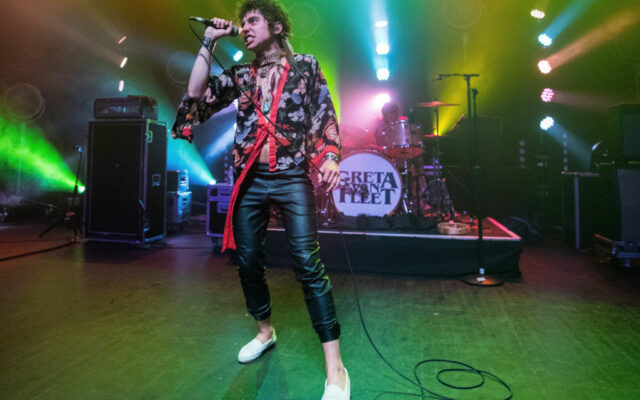 DETROIT, MI - MAY 25: Josh Kiszka of Greta Van Fleet performs at a sold out show at The Fillmore Detroit on May 25, 2018 in Detroit, Michigan. (Photo by Scott Legato/Getty Images)

Kiszka was facing a backlash on social media over a 2017 Instagram photo wearing garments influenced by indigenous cultures.

In a statement released Tuesday, Kiszka told fans he’d “taken time to listen and gather my thoughts” and that he recognizes “the harm that ignorance can have on marginalized communities”.

Kizska also said he had donated to the First Nations Development Institute.

Should Kiszka have had to apologize for a five-year-old photo?  Does his apology seem sincere?