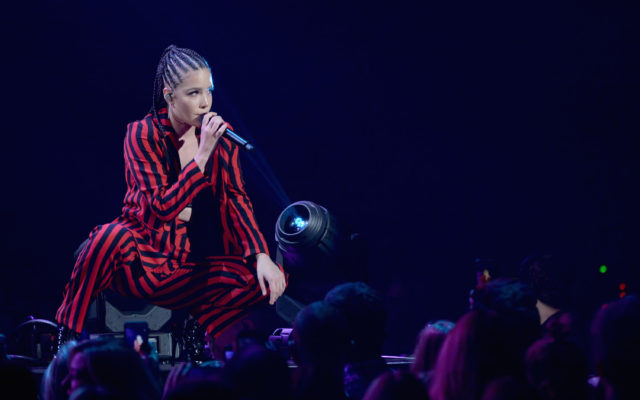 An online game connected to Halsey’s upcoming album ‘If I Can’t Have Love, I Want Power’ may have just given fans a preview of her work with Nine Inch Nails.

The 20-second clip sounds like it absolutely is produced by Trent Reznor and Atticus Ross, with distorted sounds and loud drum work.

Twitter account Halsey Updates shares the audio and the game result of “You Died in a Freezing Lake.”

If your destiny is “YOU DROWNED IN A FREEZING LAKE” you hear this snippet from #iichliwp ! pic.twitter.com/bEqftRhgU4

Whatever that means, for now fans will have to wait to hear the full album on August 27.

You can also hear a preview of the music in the film trailer Halsey released for the album.

Do you think Halsey working with Nine Inch Nails will sound different from her previous work? What do you think of the previews of music you have heard so far?