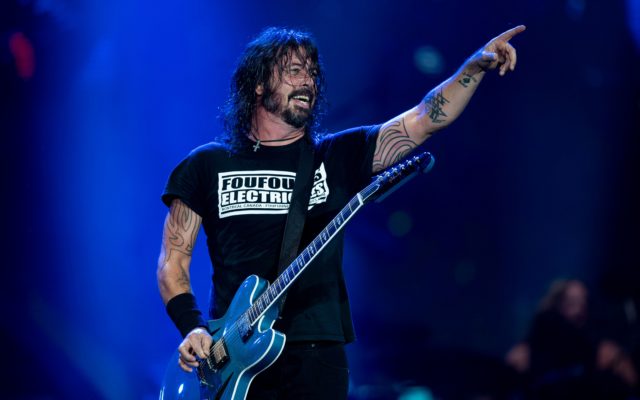 US singer and guitarist Dave Grohl of US rock band Foo Fighters performs onstage during the Rock in Rio festival at the Olympic Park, Rio de Janeiro, Brazil, on September 28, 2019. - The week-long Rock in Rio festival starts last Friday, September 27, with international stars as headliners, over 700,000 spectators and social actions including the preservation of the Amazon. (Photo by Mauro Pimentel / AFP) (Photo credit should read MAURO PIMENTEL/AFP via Getty Images)

Dave Grohl has been involved with a LOT of bands over the years, but he almost ended up with GWAR!

Talking with Rolling Stone, Grohl recalled his time as a teen and auditioning as a drummer for the band.

“GWAR were looking for a drummer,” Grohl told the magazine. “And I talked to their guitar player Dewey about it. And he’s, like, ‘It’s great, and you get to design your own costume.’ As drummer, you don’t want something that covers your face fully. You want your arms to be free.”

Eventually, Grohl backed away from the plan, citing, “And then the more I thought about it, am I really gonna invite my uncle to see me play when there’s like fake blood and c*m shooting all over the place?”

Do you think Dave Grohl would have been a good fit for GWAR? If you could design your own costume for GWAR, what would you include?