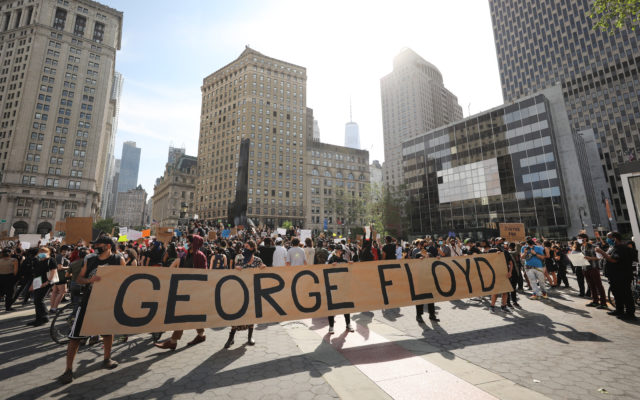 NEW YORK, NEW YORK - MAY 29: Hundreds of protesters gather in Manhattan’s Foley Square to protest the recent death of George Floyd, an African American man who killed after a police officer was filmed kneeling on his neck in Minneapolis on May 29, 2020 in New York City. Across country protests against his death have set off days and nights of rage as its the most recent in a series of deaths of black Americans by the police. (Photo by Spencer Platt/Getty Images)

The first of several George Floyd memorial services will take place Thursday at 2pm EST with the Reverend Al Sharpton delivering a national eulogy from North Central University’s Frank J. Linguist Sanctuary in Minneapolis.  Several ways you can view the memorial include:

Other memorial services are set for Saturday at 3pm in Raeford, North Carolina and both Monday and Tuesday afternoon in Houston.