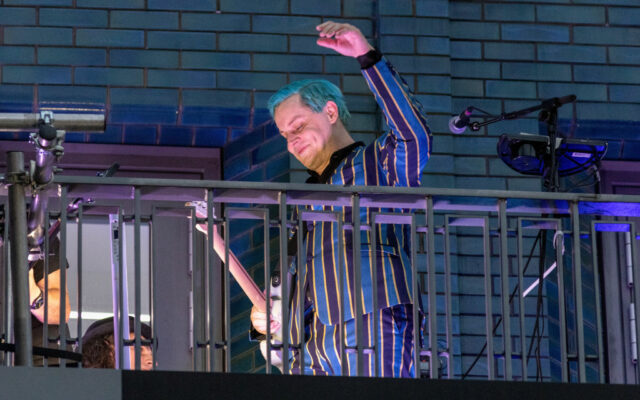 LONDON, ENGLAND - SEPTEMBER 25: Jack White performs from a balcony on Marshall Street to crowds of people following his in store performance and opening of Third Man Records Store on September 25, 2021 in London, England. (Photo by Jo Hale/Getty Images)

While fans attending an acoustic performance by Beck in Nashville were thrilled to see the singer-guitarist take the stage, they soon found out they were being deceived. “Beck” was actually White Stripes frontman Jack White.

White, dressed to look like the headliner, opened the show by saying, “Hello ladies and gentlemen, I’m Beck. I’m gonna play you one of my favorite songs from the 1990s that I wrote.” However, to the audience’s confusion, he followed the intro by playing acoustic versions of two non-Beck songs: Chumbawamba’s “Tubthumping” and The Proclaimers’ “I’m Gonna Be (500 Miles).”

That’s when Beck revealed the ruse by taking the stage. As members of the audience expressed their confusion, White told Beck, “I warmed it up for you” as he tuned his guitar.