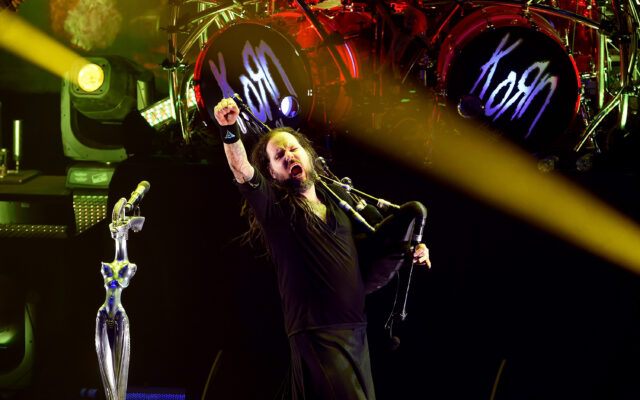 LOS ANGELES, CA - OCTOBER 21: Jonathan Davis of Korn performs onstage at a private concert for SiriusXM at The Theatre at Ace Hotel on October 21, 2016 in Los Angeles, California. The performance airs live on SiriusXM's Octane Channel. (Photo by Kevin Winter/Getty Images for SiriusXM)

Korn’s Jonathan Davis is gushing about working on the band’s upcoming album.

In a recent interview, Davis said that the band was given the “luxury” of time when it came to recording the album.

“…overall, we’re really, really proud of it,” Davis said. “We produced it with Chris Collier, who’s really good. And it was one of the best album experiences I’ve had.”

Korn’s new album ‘Requiem’ will be out on February 4.

What is your all-time favorite Korn song? What do you like to do when you have the “luxury” of free time?