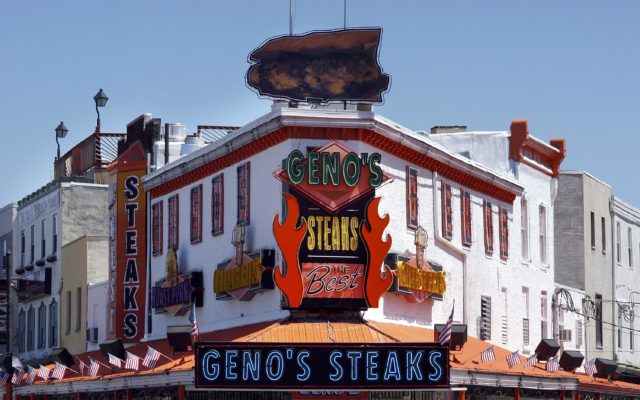 PHILADELPHIA - JUNE 13: Geno's Steaks which has a sign stating "This Is America When Ordering Please Speak English" is seen June 13, 2006 in Philadelphia, Pennsylvania. Philadelphia's Commission on Human Relations has filed a discrimination complaint against Geno's over the signs, charging Geno's with denying service to someone because of his or her nationality. The city also claims the signs makes certain patrons feel unwelcome because of their heritage. (Photo by William Thomas Cain/Getty Images)

Lay’s has a new flavor influenced by a Philadelphia institution.

The Philly Cheesesteak potato chips get inspiration from Geno’s Steaks.

A new limited-edition line of Lay’s chips is inspired by dishes served at some of America’s most famous restaurants.

New York Pizza flavor is inspired by Grimaldi’s in New York, Nashville Hot Chicken shows love to Party Fowl in Nashville, Carnitas Street Taco comes from El Torito in Los Angeles and Chile Relleno gets inspiration from Cocina Azul in Alberquerque. The chips will be available later this month.

What is your favorite flavor of potato chips?