NO PURCHASE NECESSARY TO ENTER OR WIN. A PURCHASE WILL NOT INCREASE YOUR CHANCES OF WINNING.

3. Eligibility Restrictions: The Promotion is open to all legal residents of the United States and the District of Columbia (except NY and FL) who are 21 years of age or older at the time of entry and who live in WGHL Listening Area. Employees of WGHL-FM (the “Station”), its parent, subsidiary, and affiliated entities, its advertising agencies, participating sponsors/promotional partners, other broadcast stations in the Station’s listening area, and the members of their immediate families (spouse, parents, siblings or children) or households (whether related or not) are ineligible to participate or win. This Promotion is subject to all applicable federal, state, and local laws and regulations. Void outside the United States, in NY and FL, as applicable, and where prohibited.

4. Entry Method: To participate in the Promotion, you may enter via the following method(s).

VIA INTERNET – Go to www.ALT1051.com and follow the links and instructions to enter and submit the required information, which may include your first and last name, address, telephone number, date of birth, valid email address, and geolocation check-in at sponsor location, in the online entry form. Internet entries will be deemed made by the authorized account holder of the email address submitted at the time of entry. The authorized account holder is the natural person who is assigned to the email address by an internet access provider, online service provider or other organization that is responsible for assigning the email address or the domain associated with the submitted email address. Multiple entrants are not permitted to share the same email address. Entries submitted will not be acknowledged or returned. Use of any device to automate entry is prohibited. Proof of submission of an entry shall not be deemed proof of receipt by Station. The Promotion administrator’s computer is the official time-keeping device for the Promotion.

EACH LISTENING MAY ENTER ONCE PER DAY.

5. Prizes: 1 WINNERS WILL RECEIVE ONE PAIR OF GENERAL ADMISSION WEEKEND PASSES FOR THE LOUDER THAN LIFE MUSIC FESTIVAL. ( VALUE $290/pass)

THE ODDS OF WINNING DEPEND UPON THE NUMBER OF ENTRIES RECEIVED.

Decisions of Station management with respect to the Promotion are final.

WINNERS WILL BE NOTIFIED BY EMAIL AND PHONE.

a. Payments of all federal, state and local taxes are solely the responsibility of the winner(s). Winner(s) will be required to complete and submit an IRS Form W-9 or the equivalent including a winner’s full Social Security Number for receipt of any prize valued at $600 or more or for any prizes awarded by the station conducting the Promotion (in combination with any prizes won in Promotions run by any other Alpha radio station) in a calendar year with an aggregate value of $600 or more. Failure to submit a complete W-9 or equivalent will result in disqualification and forfeiture of the prize.

b. Participating in the Promotion and acceptance of a prize constitutes a winner’s and guest’s (where applicable) permission for the Alpha or its agents to photograph, film and record each winner, and to use his/her name, address (city and state), likeness, photograph, voice, biographical information and/or any statements made by him/her regarding the Promotion or its sponsors for purposes of trade, publicity or promotion without additional financial or other compensation, and, Alpha may, where legal, require a winner (and guest or travel companion, where applicable) to sign a publicity release confirming such consent prior to acceptance of the prize. It is the responsibility of the winner(s) to ensure that their guest(s) or travel companion(s) sign and return any required release. In the case of a conflict in this paragraph 3 b and any similar paragraph in contest specific rules the general specific rules will govern.

c. To the fullest extent permitted by law, by participating in the Promotion, you:

i. agree to grant Alpha a non-exclusive, perpetual, worldwide license to edit, telecast, exhibit, rerun, reproduce, use, syndicate, license, print, distribute and otherwise exploit any items (including any photos, videos, audio, or written material) submitted as part of your contest entry (the “Materials”), or any portion thereof, in any manner and in any and all formats and media now known or hereafter devised, without payment to you or any third party;

ii. acknowledge that Alpha reserves the right, in its sole discretion, not to use the Materials at all; and

iii. represent and warrant that: you are at least as old as the age of majority in your state; you have the full legal right, power and authority to grant to Alpha the license provided for herein; you own or control the complete exhibition and other rights to the Materials you submitted for the purposes contemplated in this license; you are either the parent (or legal guardian) of any minor featured in the Materials or have received the express consent of the parent (or legal guardian) for any such minor to appear in the Materials and to enter the minor’s likeness in the Materials in the contest; and neither the Materials nor the exercise of the rights granted herein shall infringe upon or violate the right of privacy or right of publicity of, or constitute a libel or slander against, or violate any common law or any other right of, any person or entity.

d. Prior to awarding any prize or prize certificate, and depending on the nature of the prize and eligibility requirements of the Promotion, Alpha in its sole discretion may require verification of Promotion winner’s or winners’ identification by a showing of valid government-issued photo identification.

e. To the fullest extent permitted by law, by participating and/or accepting a prize, entrants, winner(s) and guests (if applicable) agree to release and hold harmless the station conducting the Promotion, its sponsor(s) and promotional partner(s), its advertising and promotion agencies, any social media platform utilized in the conduct of the Promotion (including but not limited to Facebook, Inc.) and each of their respective parent, subsidiary and affiliated entities, and the officers, shareholders, directors, employees, agents, representatives, successors, and assigns of each of them (collectively, the “Released Parties”) against any and all claims or liability arising directly or indirectly from the prize or participation in the Promotion. Alpha may also require eligible Promotion winner(s) and their guests or travel companions, if any (as well as each of their parent(s) or legal guardian(s), if winner(s), guest(s) or travel companion(s) are under the age of majority in their state of residence), to sign a liability release confirming such consent. It is the responsibility of the winner(s) to ensure that their guest(s) or travel companion(s) sign and return any required release.

f. The station conducting the Promotion, in its sole discretion, reserves the right to disqualify any person (and all of their entries) from this Promotion if he or she tampers with the entry process, the operation of the Promotion, or the operation of the station’s website, Facebook Page, and/or any other social networking site used in the Promotion, or is otherwise in violation of the rules. The station conducting the Promotion further reserves the right, at its sole discretion, to modify, cancel, terminate or suspend the Promotion, or any part of it, if it is not capable of completion as planned or if any fraud, technical failures or any factor beyond the station’s control, including infection by computer virus, bugs, tampering, unauthorized intervention or technical failures of any sort, corrupt or affect the administration, security, fairness, integrity or proper conduct of the Promotion as determined by the station in is sole discretion. Any attempt by an entrant or any person to deliberately damage any station website, Facebook Page, and/or any other social networking site used in the Promotion or to undermine the legitimate operation of this Promotion may be a violation of criminal and civil laws. Should such an attempt be made, the Alpha reserves the right to seek full prosecution and/or damages from any such individual to the fullest extent permitted by law. The station’s failure to enforce any term of these Official Rules shall not constitute a waiver of this provision. If due to circumstances beyond the control of the station conducting the Promotion, any competition or prize-related event or travel is delayed, rescheduled, postponed or cancelled, the station reserves the right, but not the obligation, to modify, terminate, suspend or cancel the Promotion and shall not be required to award a substitute prize.

g. The Released Parties are not responsible for (i) typographical or other errors in the printing, the offering or the administration of the Promotion, or in the announcement of a prize; (ii) entries not received due to difficulty accessing the internet, service outage or delays, computer difficulties, malfunctions, disconnections, other technological failures, telephone service outages, delays, dropped calls, or busy signals, or any other difficulties that may prevent an individual from sending or receiving a text message; or (iii) lost, stolen, mangled, misdirected, postage due, illegible, incomplete, incorrect, or late entries. Further, the Released Parties are not responsible if any part of a Promotion prize cannot be awarded due to acts of god, acts of war, natural disasters, weather, acts of terrorism or other factors beyond Alpha’s control. 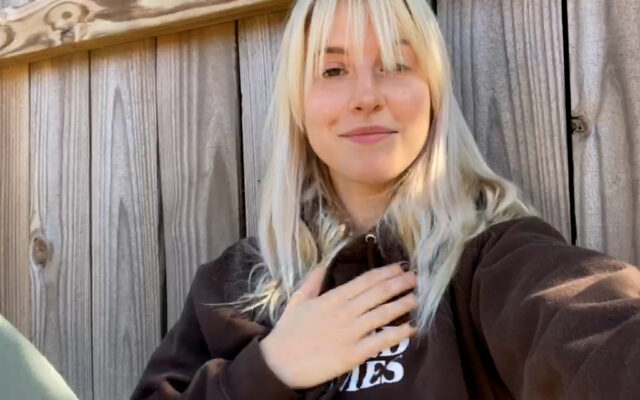 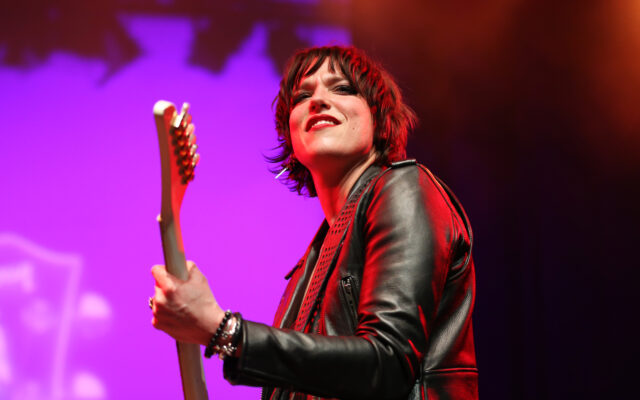 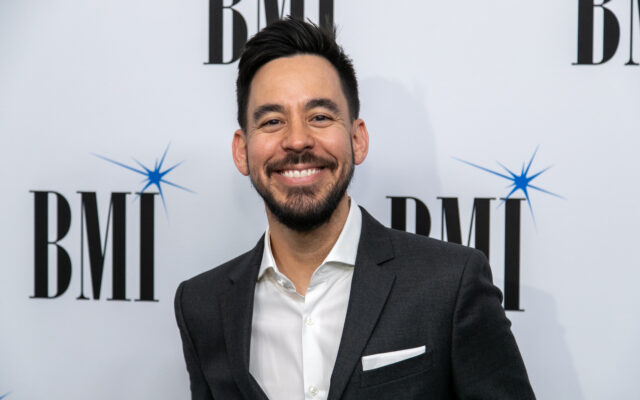