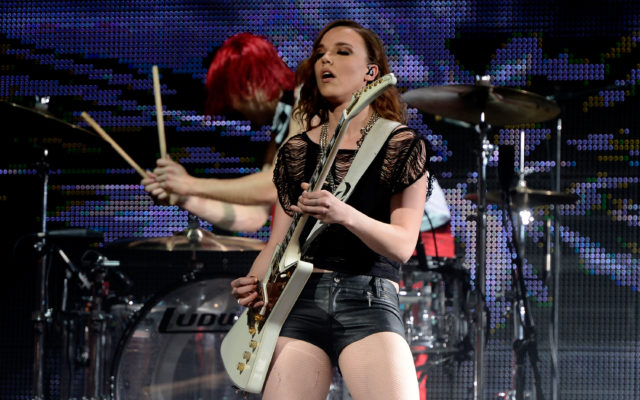 Apparently, Lzzy Hale has been productive while under coronavirus lockdown orders. The Halestorm frontwoman says she and her bandmates have enough material to release a double-album set.

“The funniest thing for us is that since this pandemic started, we’re busier now than maybe we would have been,” Hale says. “Maybe there will be a double record. We have been writing a lot.”

While no release date has been set for a follow-up to 2018’s “Vicious,” Hale says other tracks will be dropping between now and then to tide over fans.

“There will be a rollout of releases and duets and projects I’ve been working on for the past year or so that now have an opportunity to shine,” she says.

Why are fewer double-albums released these days? Will Halestorm be around 20 years from now?