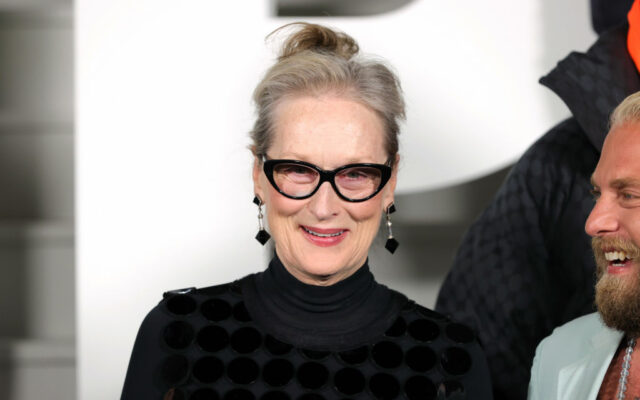 Meryl Streep can perform anything, including an indie rock classic.

At Webster Hall in New York City on Sunday, October 16, the three-time Oscar winner took to the stage to sing with Broken Social Scene to perform their well-known song “Anthems for a Seventeen Year-Old Girl.”

Most of the song is composed of Broken Social Scene’s repeated lyrics, “park that car, drop that phone, sleep on the floor, dream about me.”

In a video posted to Twitter, Streep joined the musical group and seemingly had a fangirl moment as she excitedly sang along while recording the whole event on her phone.

Which Meryl Streep movie is most iconic to you?