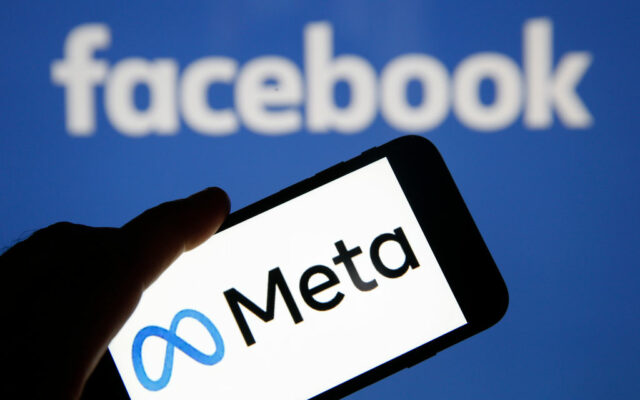 PARIS, FRANCE - OCTOBER 29: In this photo illustration, the Meta logo is displayed on the screen of an iPhone in front of a Facebook logo on October 29, 2021 in Paris, France. On October 28, during the Facebook Connect virtual conference, Mark Zuckerberg announced the name change of Facebook, believing that the term Facebook was too closely linked to that of the platform of the same name, launched in 2004. It is now official, the Facebook company changes its name and becomes Meta. (Photo illustration by Chesnot/Getty Images)

Facebook parent Meta is laying off 11,000 employees, or about 13 percent of its workforce.

CEO Mark Zuckerberg made the announcement in a letter to employees today.

The job cuts come just a week after widespread layoffs at Twitter under its new owner, Elon Musk.

Zuckerberg previously said that he made the decision to hire aggressively, anticipating rapid growth after the pandemic ended.

Today, he said, “Unfortunately, this did not play out the way I expected. Not only has online commerce returned to prior trends, but the macroeconomic downturn, increased competition, and ads signal loss have caused our revenue to be much lower than I’d expected. I got this wrong, and I take responsibility for that.”

How do you feel about Mark Zuckerberg?