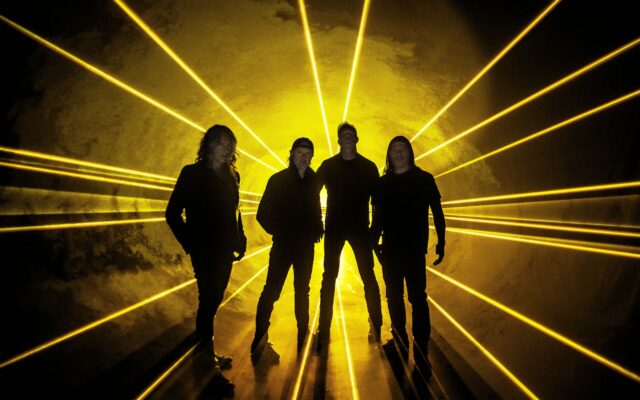 Metallica is hosting a ‘worldwide listening party‘ for its upcoming album, 72 Seasons.

The global premiere will be held on April 13th – one day before the album’s release – in movie theaters around the world.

The full album will be played in surround sound, along with a music video for each song and special commentary from the band.

Tickets will go on sale March 2nd and can be purchased online at Metallica.film.

Ever attend a live broadcast in a movie theater?  Should other bands hold these ‘listening parties’?