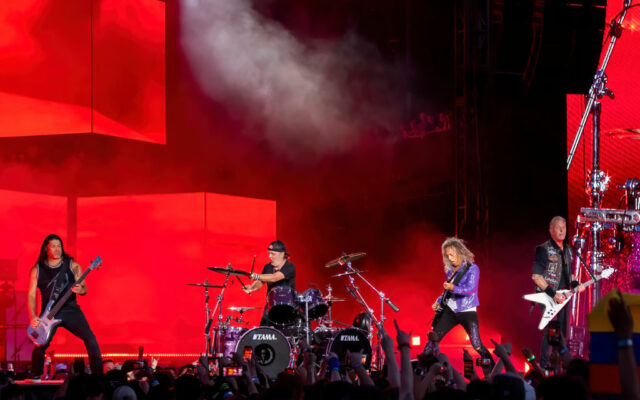 Metallica threw in an extra gift after the music supervisor for “Stranger Things” won an Emmy.

Nora Felder was the person behind those iconic moments of the show featuring Metallica’s “Master of Puppets” and Kate Bush’s “Running Up That Hill.”

Metallica reportedly sent Felder a $3 thousand “Master of Puppets” boxed set and some flowers for including them in the show.

Meanwhile, Felder shared in her Emmy speech, “I’ve always really felt that music can be timeless. It’s just like when you have wonderful artists and writers. The stories can resonate from decade to decade, century to century.”

Have you discovered old music through new TV shows or films? What kind of music do you expect to hear in the final season of “Stranger Things?”