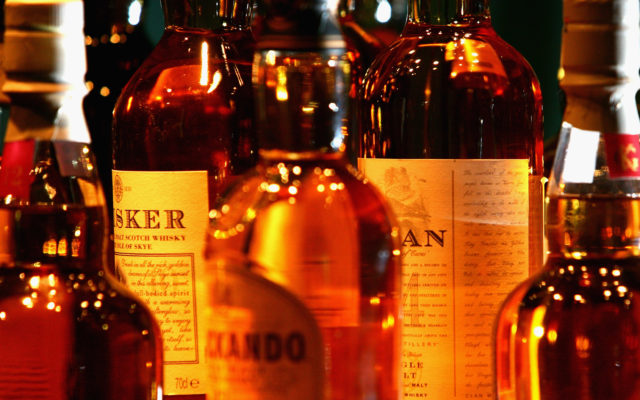 EDINBURGH, UNITED KINGDOM - MARCH 13: An assortment of bottled whisky is displayed at Glenkinchie distillery March 13, 2008 in Edinburgh, Scotland. Chancellor Alistair Darling has defended his decision to raise duty on whisky; the first increase on the spirit in ten years. The Scottish Whisky Association say the rise has abandoned the government's moves for a fairer alcohol tax policy. (Photo by Jeff J Mitchell/Getty Images)

Researchers in the U.K. and Canada have found that low-risk drinking guidelines could put people at higher risks of cancer and early death.

Moderate drinkers in Britain make up 50 percent of those who die of Cancer. Researchers are urging countries to keep their alcohol consumption to one glass per week.

There was good news as it pertains to women, the researchers found that women who drink moderately had a lower risk of diabetes, heart attack, and stroke.

How many drinks do you have a day?