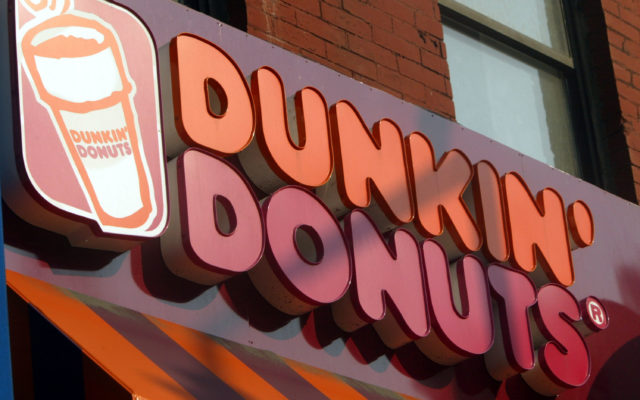 NEW YORK - MAY 13: A Dunkin Donuts sign is seen May 13, 2004 in New York City. Dunkin Donuts plans to open 10 stores inside Wal-Mart stores within the next three months. (Photo by Mario Tama/Getty Images)

This sounds like a match made in food heaven.

Dunkin’ and Baskin Robbins are teaming up to make a fall-flavored milkshake.

It starts with a base of pumpkin cheesecake ice cream blended with Dunkin pumpkin munchkins (doughnut holes).

But, we’re not done yet. It’s then topped off with ginger snap cookie pieces and a cinnamon cream cheese ribbon.

There is one catch though – right now, it’s only available at stores in and around Chicago.

Is there one dessert you would actually travel long-distances just to have?