My Chemical Romance: Lockdown Is ‘Just A Pause Button’ 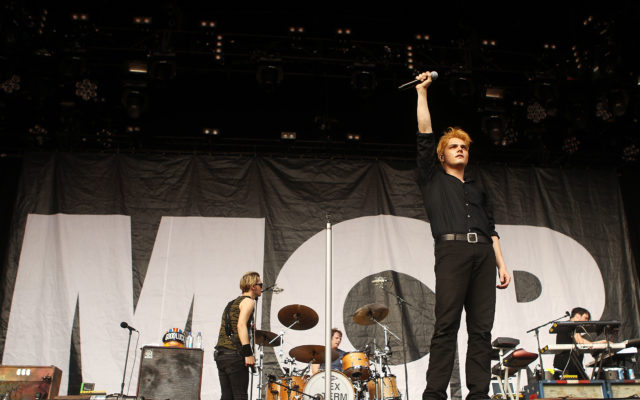 SYDNEY, AUSTRALIA - JANUARY 26: Gerard Way of My Chemical Romance performs on stage at Big Day Out 2012 at the Sydney Showground on January 26, 2012 in Sydney, Australia. (Photo by Mark Metcalfe/Getty Images)

This year was set to be the return of My Chemical Romance, but the coronavirus pandemic has put those plans on hold.

Fortunately, the reunited rockers are looking at this period as just a bump in the road.

Speaking to BBC Radio 1 Newsbeat ahead of the release of his new graphic novel, bassist Mikey Way tells fans, “It’ll all still be here when this is all over.”

Even though the band’s world tour has been “disrupted,” Way feels, “Live music isn’t going anywhere, it’s just on pause for everybody,” adding,” “I feel like people are waiting with bated breath. It’s a light at the end of the tunnel and I think there’s something really cool about that.”

Which shows were you planning on seeing this year? What’s the update with those concerts?

A Dog Year Isn’t Seven Human Years, Scientists Find, And Pets Might Be ‘older’ Than You Think