My Chemical Romance Play First Stadium Show In A Decade 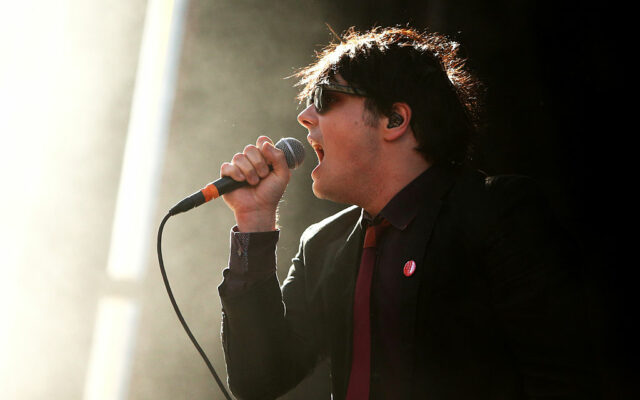 My Chemical Romance performed their first stadium show in more than a decade on Thursday night, playing to a capacity crowd at MK Stadium in Milton Keynes, England.

Frontman Gerard Way decided to dress for the occasion with a (fake) blood-spattered white suit, black gloves and head wrapped in bandages.

The show included a touching tribute to lost friends – at one point, Way held up a special flag with the names of MCR fans that lost their lives during the pandemic.

MCR will continue to tour the UK and Europe through June, then return for a U.S. tour in September and October.

What bands currently on ‘hiatus’ are you hoping will reunite one day?