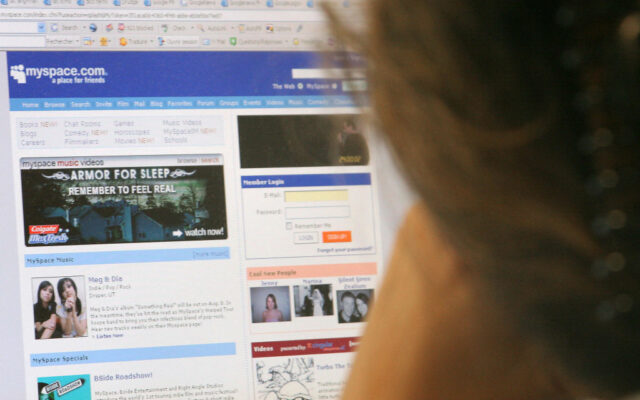 Washington, UNITED STATES: TO GO WITH AFP STORY "USA-SOCIETE-MEDIA-INTERNET-JEUNESSE" A woman looks at the MySpace website in Washington 24 June 2006. MySpace, the second most popular portal behind Yahoo!, is becoming an internet phenomenon way beyond the borders of its birthplace. AFP PHOTO/Nicholas KAMM (Photo credit should read NICHOLAS KAMM/AFP via Getty Images)

A music video director is crowdfunding for his upcoming movie, “Our Last Day as Kids.”

The feature film plans to bring MySpace-era emo and punk to the screen in a coming-of-age drama about budding artists in the music scene.

The movie’s Kickstarter campaign launched today and says it follows a “punk teen and his relationship with his older brothers as he documents their band falling apart.”

Viewers can now contribute to the film’s production funding for various perks.

Have you ever crowdfunded anything?