NASA Wants Someone to Pretend to Live on Mars 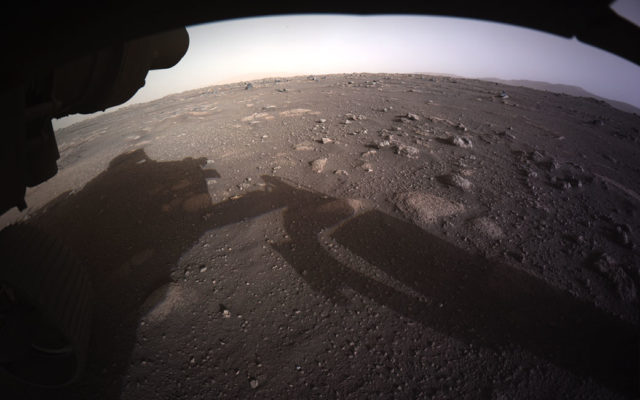 JEZERO CRATER, MARS - FEBRUARY 18: In this handout image provided by NASA, the first high-resolution, color image to be sent back by the Hazard Cameras (Hazcams) on the underside of NASA’s Perseverance Mars rover after its landing in the area known as Jezero crater on February 18, 2021 on the planet Mars. A key objective for Perseverance's mission on Mars is astrobiology, including the search for signs of ancient microbial life. The rover will characterize the planet's geology and past climate, paving the way for human exploration of the Red Planet, and be the first mission to collect and cache Martian rock and regolith. (Photo by NASA via Getty Images)

NASA has a new job for space fans.

The agency is taking applications for four people to live for a year in Mars Dune Alpha, which is a 17-hundred-square-foot Martian habitat, created by a 3D-printer.

The habitat is inside Johnson Space Center in Houston and the project will prepare for eventually sending astronauts to Mars.

Only American citizens are eligible and applicants have to be between 30 and 55, in good physical health with no dietary issues and not prone to motion sickness.