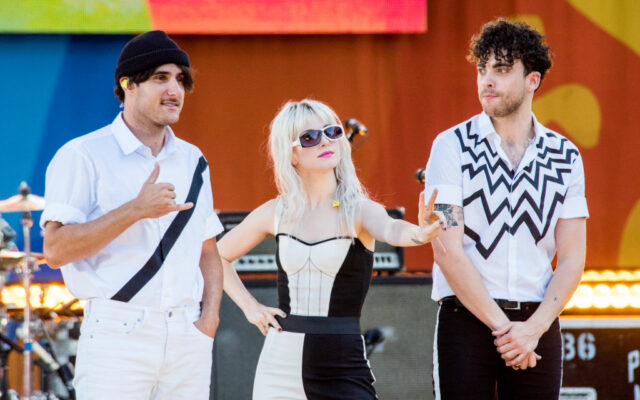 New music from Paramore is on the way!

The band says their first new single in five years is called “This Is Why,” and it will be out on September 28.

Earlier this year, singer Hayley Williams confirmed that the band was in the studio working on their 6th album and fans went wild.

The song will hit just before Paramore’s upcoming US tour, which launches on October 2nd.

What new music have you been listening to lately?

More about:
2022
Date
new
Paramore
Release
september
Single
This Is Why