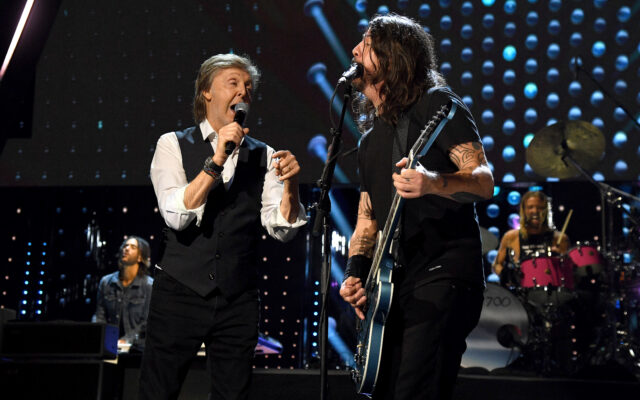 Imagine a Beatle honoring you and your career.

That’s what happened for Foo Fighters as Paul McCartney inducted the band into the Rock and Roll Hall of Fame on Saturday.

McCartney used his speech to make comparisons to his and frontman Dave Grohl’s careers, saying they both had to bounce back after the ends of their famous bands.

McCartney joked, “Do you think this guy’s stalking me?”

How have you dealt with a career transition? Who would you want to induct you into a Hall of Fame?