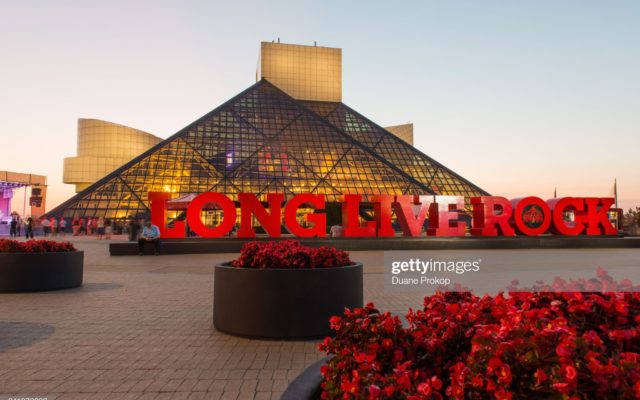 CLEVELAND, OH - AUGUST 30: The Rock and Roll Hall of Fame and Museum on August 30, 2017 in Cleveland, Ohio. (Photo by Duane Prokop/Getty Images)

The Rock and Roll Hall of Fame’s Class of 2020 has been released! The six honorees will consist of The Doobie Brothers, T-Rex, Nine Inch Nails, Depeche Mode, Whitney Houston and the Notorious B.I.G. Additionally, producer Jon Landau and entertainment executive Irving Azoff will receive the Ahmet Ertegun Award, which honors songwriters, producers, disc jockeys, record executives, journalists and other industry professionals. In order to be nominated for the honor, artists must have released an album before 1994, making the 25-year minimum release date requirement. That means Biggie’s classic 1994 album, Ready to Die, (a personal favourite of mine) makes the cut.

Last year in October, 16 total artists were named as nominees for this year’s inductees, with Whitney Houston, Notorious B.I.G., T-Rex, and The Doobie Brothers up for the honor for the first time. Nine Inch Nails and Depeche Mode had both been on the ballot on two previous occasions. The final six were chosen by an international body of more than 1,000 artists, including current living inductees, historians and members of the music industry. In short the evaluation included taking into account the artists’ musical influence on other artists, length and depth of career and the body of work, innovation and superiority in style and technique.

Oddly enough, this the first time that the winner of the fan vote; The Dave Matthews Band, will not be inducted, though they were far from the only perceived snub job this year.

The 35th annual ceremony will take place on May 2nd at Public Auditorium in Cleveland, Ohio. The event will be broadcast live for the first time on HBO at 8 p.m. ET. The ceremony will also be live on SiriusXM’s Rock and Roll Hall of Fame Radio. For advance ticket purchase opportunities & more visit: https://rockhall.lnk.to/2020InducteesTw

Performances and special guests will be announced at a later date.