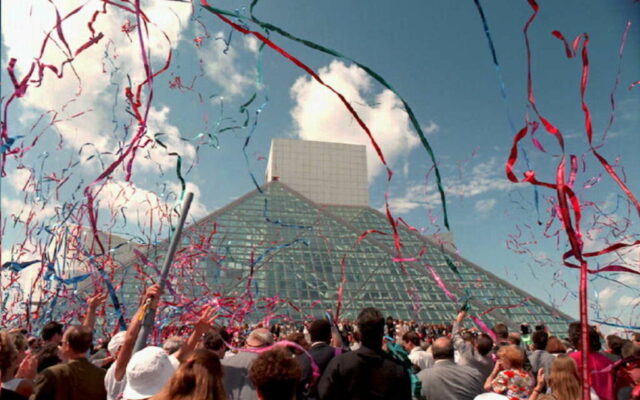 CLEVELAND, OH - SEPTEMBER 1: Streamers fill the sky over the Rock and Roll Hall of Fame and Museum 01 September after the opening ceremony. Between 20,000 and 30,000 people attended the ceremonies and parade that accompanied the opening of the museum designed by I.M. Pei. AFP PHOTO (Photo credit should read KIMBERLY BARTH/AFP via Getty Images)

The Rock and Roll Hall of Fame is throwing a pre-game party before the Cleveland Guardians take on the Toronto Blue Jays on May 7.

There will be a free concert outside the Rock Hall from the Toronto-based band, The Darcy’s.

Plus, food and beer trucks (including the Rock Hall’s famous BBQ smoker!)

Although the afternoon concert is free, if you are interested in going, you need to reserve a spot at rockhall.com.

Of course, free is great … but what’s the highest price you have ever paid for a concert ticket? Was it worth it?